Posted by Unknown at 13:40
Email ThisBlogThis!Share to TwitterShare to FacebookShare to Pinterest 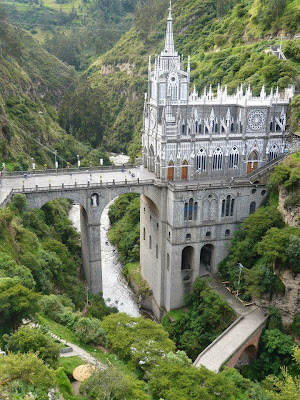 If you speak either Spanish or English, you probably speak more Arabic than you think you do.It's not "real" Arabic you're speaking, but rather words that come from Arabic. After Latin and English, Arabic is probably the biggest contributor of words to the> Spanish language, and a large portion of English-Spanish cognates (words that the two language share) that don't come from Latin come from Arabic.


The English words you're most likely to think of as Arabic origin are those that start with "al-," words such as "algebra," "Allah," "alkali" and "alchemy," and they exist in Spanish as álgebra, Alá, álkali and alkimia, respectively. But they are far from the only ones. A variety of other types of common words such as "coffee," "zero" and "sugar" (café, cero and azúcar in Spanish) also come from Arabic.


The etymology of English words goes beyond the scope of this article, but the introduction of Arabic words into Spanish began in earnest in the eighth century, although even before then some words of Latin and Greek origin had roots in Arabic. People living in what is now Spain spoke Latin at one time, of course, but over the centuries Spanish and other Romance languages such as French and Italian gradually differentiated themselves. The Latin dialect that eventually became Spanish was highly influenced by the invasion of the Arabic-speaking Moors in 711. For many centuries, Latin/Spanish and Arabic existed side by side, and even today many Spanish place names retain Arabic roots. It wasn't until late in the 15th century that the Moors were expelled, and by then literally thousands of Arabic words had become part of Spanish.


On the next page are some of the most common Arabic-origin Spanish words you'll come across. As you can see, many of the words also are a part of English. Although it is believed that the English words "alfalfa" and "alcove," which originally were Arabic, entered English by way of Spanish (alfalfa and alcoba), most Arabic words in English probably entered English by other routes. Not all possible English translations of the Spanish words are listed.

I  am offering this class for people interested in learning Spanish but can not afford my private one -on-one classes. In the Ongoing Spanish Class we learn PRACTICAL SPANISHto help you get by when you are travelling or if you just want to know some basic Spanish so you can get by in Los Angeles with ease. ( LOL! ) Come Practice Your Spanish in a FUN Setting:Classes are ongoing in Santa Monica every Tuesday Night.
HERE IS WHAT WE WILL LEARN IN THE FOLLOWING CLASSES:
January 28: Introductionrs and Talking about Yourself
February 4: Directions
February 11: How to Order at a Restaurant
February 25: How to Tell Time

Classes are $30 per person, drop in, but if you buy a package of 5 Classes it's just $25 per person. You can purchase a package of classes by following the link below. All Materials are included. You can purchase your pass to get in the class online by following the link below.Classes will begin on January 28 and will be ongoing throughout the Spring. It's best to start on January 28, 2014, but you can start at anytime as every week we will be covering a bit of the material from the previous week/s. Please RSVP by emailing me at sabrina@escuela-espanol.com - If you'd like to just buy one class at $30 time that is fine too, go to link below

Hope to see you there. Please RSVP. CLASSES WILL CAP AT 6 PEOPLE PER CLASS SO PLEASE SIGN UP ASAP.

Posted by Unknown at 12:42
Email ThisBlogThis!Share to TwitterShare to FacebookShare to Pinterest

Dear Students,
I wanted to wish everyone a Happy and Prosperous 2014 !

La Escuela Español is celebrating its 7th year on the planet. I am very happy to anounce some very exciting and happy changes and progress.  That said, in the spirit of celebration, I'd like to invite  you out to some wonderful celebrations that will be happening in Los Angeles. There will be festivals, music concerts, Flamenco dance events, Aztec Dancers and  that will give you an opportunity to not only use your Spanish, but to enrich your life with the beautiful and colorful Latin culture.

I will also be continuing my Spanish Classes for the community. They are held on Tuesday afternoons in Santa Monica. Classes are ongoing, each class we discuss practical matters in daily life: Introductions, Directions, Ordering at a restaurant, Reserving Accommodations and even Asking someone to dance. Your first class is free with this email, please RSVP.

I also just published some articles in my blog, Learning Spanish is Fun ! that will help you learn more about Latin Culture, Music and of course the Spanish language. If you have not subscribed yet, please do so by entering your email in the subscription box on my blog page.


Here are a list of some events that you can mark on your calender for the early this year 2014:


LIVE AZTEC DANCERS: 2014- Every Afternoon during the week on the Plaza of La Placita Olvera.
http://www.calleolvera.com/community/xipetotec/

Posted by Unknown at 17:38
Email ThisBlogThis!Share to TwitterShare to FacebookShare to Pinterest

The Latin (or romantic) ballad is a Latin musical genre which originated in the 1960s. This ballad is very popular in Latin America and Spain, and is characterized by a sensitive rhythm. A descendant of the bolero, it has several variants (such as salsa and cumbia). Since the mid-20th century a number of artists have popularized the genre, such as Julio Iglesias, Luis Miguel, Enrique Iglesias and Cristian Castro. The world famous song "Historia De Amor" has been one of the most covered songs in Latin Music History, it has been covered by Pedro Infante, Julio Iglesias, Ana Gabriel and Edye Gorme. " Hoy Tengo Ganas De Ti" has been covered by many artists, Ricardo Montaner and now most recently with Christina Aguilera.

Posted by Unknown at 19:17
Email ThisBlogThis!Share to TwitterShare to FacebookShare to Pinterest 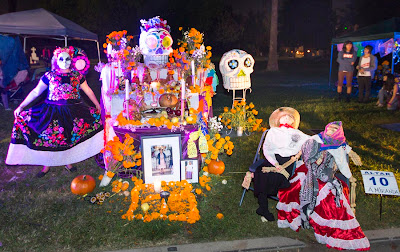 Posted by Unknown at 01:29
Email ThisBlogThis!Share to TwitterShare to FacebookShare to Pinterest

Subjects I Write about:

Find a bed & breakfast to stay in Managua

Test Your Spanish: Take a Quiz

The methodology I employ is an experiential approach that enables students to feel confident in speaking almost immediately. My classes are designed to help the student feel comfortable and to get...

Questions? Comments? Requests? Get in touch.
Contact Now
Brought to you by

Some Spanish Books I highly Recommend

Write a Review about Marlene's Bed and Breakfast